The Valley of the Shadow 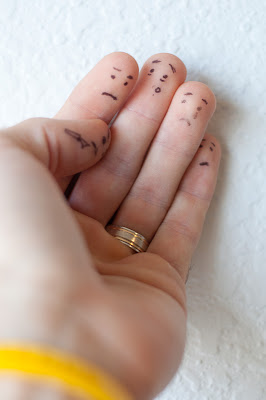 Well folks, the time approaches. Although not totally light and airy, it's not horrible either. I've got dates set for the ray amputation of my leftmost most offensive finger. The world will be a better place. :)

I'd tell you to set your DVRs but I'm pretty sure the surgery won't be on broadcast networks or cable. It's still going down though. November 15th.

It is the same day that back in 1492 Christopher Columbus notes the first recorded reference to tobacco (speaking of cancer, kids, don't smoke or chew). Also in 1904, King C Gillette patented the Gillette razor blade (I don't know if he also invented or made scalpels...). But that's not all! On November 15th in 1960, the USS George Washington, the 1st sub with nuclear ballistic missiles, launched. To top it all off, it's also the day, in 1969, that Wendy's Hamburgers opened.
Now add Eric getting a finger lopped off to the list in 2010.

I say "lopped off" which really is quite crass considering there are 3 days of prep work the week before that will include another MRI, anesthesia assessment, blood-work, and a consultation with Dr Lewis. So it's actually looking to be more of a very precise and methodical surgical procedure that hopefully I will be entirely unconscious for.

Brea mentioned to me that now there were dates set this whole thing got a lot more real. It definitely is real, but it always has been. So now is the time to panic...

I'm kidding! You weren't actually panicking were you? I'm not. I'm on some sort of path that's about to include some fun new challenges. It's time to suck it up and embrace the reality as whatever it turns out to be.

It will be a change of pace I can imagine, it's definitely the biggest injury I'll have suff... oh wait, I've been hit by a pickup truck and fallen 20ft off a cliff face. Ok, maybe not the biggest injury but definitely the most permanent. I was going to ask if I'd be candidate for one of those Droid fingers like in the commercials but I'm pretty sure they're all visual effects. 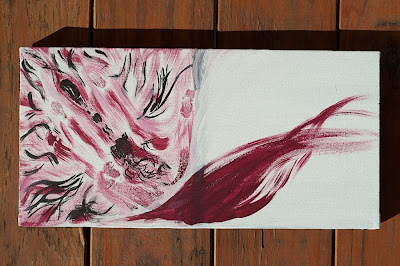 So for now and until mid-November I'm enjoying some things that might be a little difficult for a few months afterward. Drumming at church, camping, and making art with a 5-fingered hand.

I hope it will all go well but am preparing for challenges. Perhaps it will be a mix. :) I'm in good hands after all.