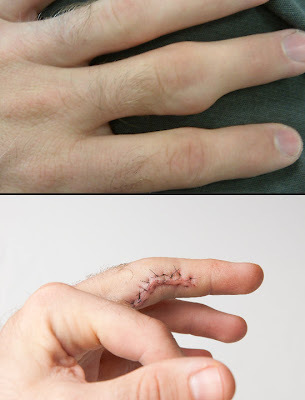 Day two felt productive so I can't complain. Thankfully thanks to Brea's side of the family we have some fantastic contacts and crashpads. Since we had an early appointment today, cousins Chris & Courtney let us stay with them at a place that you can literally see the hospital complex from in the distance. Cancer I can take, just don't throw me to Houston traffic too!
Ok, that is a bit of an exaggeration but it was awesome to have that advantage in getting in on time without waking up at 5am again.

Whereas yesterday was a bunch of small stuff (blood pressure, temperature, height, weight, and blood work) and waiting, today I got into some of the cool tests. I got my first ever CT scan and then a chest x-ray! It was actually really quick as best I could tell. I didn't even have to get into a gown and risk accidentally seducing any nurses with my chiseled abs and stunning features (Zoolander reference).

The attendants were really nice and friendly and I wound up chatting with one lady for a while that is a survivor and former designer. I'm guessing they were monitoring me for any potential ill effects from the IV tracer or something but we still had a good conversation about networking and business and all that good stuff. Good times.
I still need an MRI and ultrasound and at least the ultrasound is scheduled for tomorrow. The MRI was initially set for next Thursday which wouldn't exactly be ideal so they're looking into bumping it up if at all possible.

Anyhow, that aside, it's been an interesting couple days. I was talking to Brea over some Whataburger a few hours ago and she was checking up on my seeming lack of concern over all this. I told her like I'd mentioned to Roger (rock'n dude) that frankly all this business dealing with mortality was actually (arguably strangely) energizing. That's not to say I'd prefer not to have to lose anything but frankly I feel like this is an opportunity to be a part of something bigger than myself and those are opportunities you don't want to miss. You might ask, "How in the world is having cancer a good thing?", and that's a great question.
It helps bring it all into perspective for one. It also helps highlight how little control we actually have in the grand scheme of things. Probably not too surprising is the increase in prayer and all that too. Basic important stuff like "I'm relying on You, please give me the strength " is a common one these days, not that it wasn't there before with me quitting a steady paycheck for my business start-up. 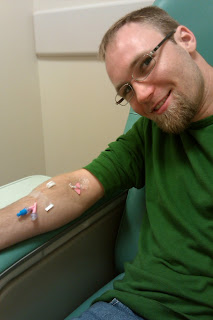 Also, I've tried to go over all the possible scenarios I could think of to prepare for. From a minor diagnosis and surgery to something terminal, I've tried to consider it all and yet still realize it is out of my control and be ok with that. There's no point in candy-coating anything for myself. Perhaps the toughest thing right now is not knowing a whole lot about this cancer for sure. My mind has already traveled the darker possibilities and as such tons of very big dramatic stuff comes to mind but in the event it is a pretty easily treated thing, I don't want be an over-reactor. Still, it is worth mentioning that worst-case scenarios are a lot less scary when you know what's coming after.

So how is it going? It's good. There are challenges but I'm focusing on what I can do. The objective is to take it one day, one task at a time. "Who of you by worrying can add a single hour to his life?"
The Australians have it right with that "no worries" thing. :)
And that reminds me of something else... and that's going to be this blog's title. Nice.
Delicious.
Posted by Eric at 10:51 AM