Misnomer: The Battle With Cancer

People often talk about the "battle with cancer" whether it be winning or a loss but I feel like that terminology is a bit misleading. The fight against cancer is war.

You do have battles within it of course, but it can come back and attack you in the same way or potentially come at you in a totally different location or category. The fight against cancer, for those that have just completed a "successful" battle is pretty much like the Korean War. There were sacrifices on both sides, what could be done was done, lines were drawn, and there is an uneasy ceasefire. You hope it stays that way and dissipates but every now and then you might get a skirmish (what's that mole?, what's causing those aches and pains?) that usually turns out to be nothing. Still, there's always that possibility one side might launch a full offensive.

And now that I've got that thought out of the way, here's something just a little different. 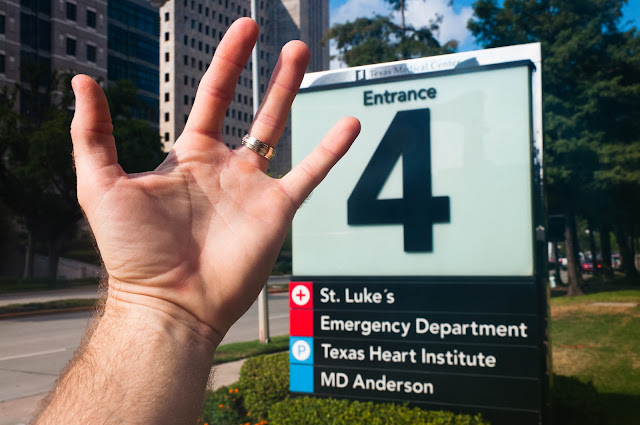 So what does a check-up look like for me? These days it looks a little something like this...

6:00am
Ugh. Getting ready to head out the door and it is still dark outside. You pretty much have to leave early just in case traffic is bad and this is Houston so it will be bad.

6:30am
Google Maps seems to think traffic is light, listing the route as green. Not yellow, orange, or red... green. They must have a relative scale because most cities would consider this "stop & go" traffic. 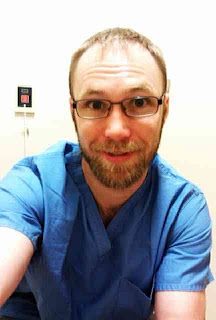 7:41am
I just got done (4 minutes before the scheduled appointment) with the standard chest and hand X-ray. It's cool that it's first come, first serve. That helps when appointments are scheduled so close together. I'm always curious if the jitters from holding my hand in the positions they need will degrade the quality of the image but at the same time I know it is probably neglible. It's funny how sometimes I can just wear my t-shirt, sometimes I have to put a scrubs top on. For that quick 10-15 minutes, when I get to put the scrubs on, I can just about see Turk, JD, or Elliot pop in.

8:05am
Now I'm just waiting for the ultrasound. On the way up to this section of the medical center I passed a baby grand piano and tried my hand (pun intended) at it again. I may have disappointed a lady that was sitting nearby as I am not actually a pianist. :D In any case, it wasn't chopsticks or Chopin.
Ultrasounds are kind of fun but you wind up with a bunch of oddly benign-smelling goo on you. I don't know how it manages to smell both neutral and  distinct at the same time but it does. One cool thing about it is that the gel they use here is typically warmed.

8:17am
Still waiting to get called in for that aforementioned ultrasound. It does seem to take longer mist times but I'm still running early.
One thing that I can't help but think about is a girl named Madeleine. I had gotten to photograph her back in March or April when a food fight was organized for her. She was diagnosed with multiple brain tumors years ago and had been beating the odds. Cancer took her yesterday. I suppose at least the fight is over and that provides some relief even in her friends and family's grief. 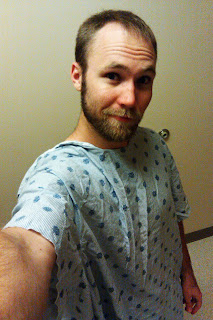 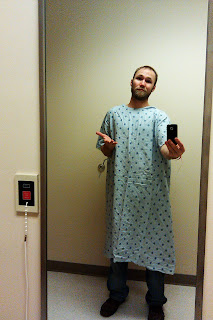 9:35am
Wound up starting the ultrasound a little late but it was a quick 10 minutes for the actual scan and another 15-20 for the tech and specialist to go over the images. The cool thing about the ultrasound is that the tech has always given a reassuring "everything looks good!" After checking with the doc. It's not a substitute for my primary doctor's pronouncement but it is a nice bonus!

9:45am
A quick brisk walk via the skybridge has me sitting in the Imaging Library and waiting to request a copy of the X-rays and ultrasound.

9:50am
Done until the appointment with my Dr Lewis! I need some breakfast!

1:45pm
Checked into the sarcoma clinic... ok actually I got there at 1:52pm because I forgot how long it had taken to walk to Starbucks a few blocks away.... Paid co-pay. Whee!

2:45pm
Got called in to an examination room, possibly the same one that I'd come to to get my stitches taken out...

2:55pm
Visited and interviewed by a colleague of Dr Lewis, Dr Chaffey. Was told x-rays looked good and ultrasounds look great. I told him about intermittent aches and pains, got it confirmed that they were normal considering the types of activities I'm doing and what the surgery had affected. Was told Dr Lewis would be back to have a quick look herself and then we'd be all set.

3:38pm
Drs Lewis & Chaffey, along with two guest doctors arrive, much to my wife's delight. She had started seriously second-guessing her choice to join me for the appointment. One of the guest doctors was a Chinese gentleman whom I'd met at my last appointment and somehow mis-communicated with as I tried to speak Mandarin and he apparently didn't understand that I was asking if he spoke Mandarin or Cantonese. The other doctor was new and from Japan. Anyhow, Dr Lewis checked out the hand, my underarm, and explained my situation to the doctors. The bottom line? I'm still left-middle-finger and cancer-free. Boo-ya.

3:43pm
Headed down on the elevator to the parking garage to get outa town. Wife, exasperated, exclaims that we just spent 2 hours waiting for the doctor to spend 5 minutes with us to tell us I'm okay. Another couple in elevator replies, "you've got our doctor?"

So there you go, that's what a  check-up day looks like for me. It's a mixed bag of fun, drama, and patience development. Thanks for tagging along! 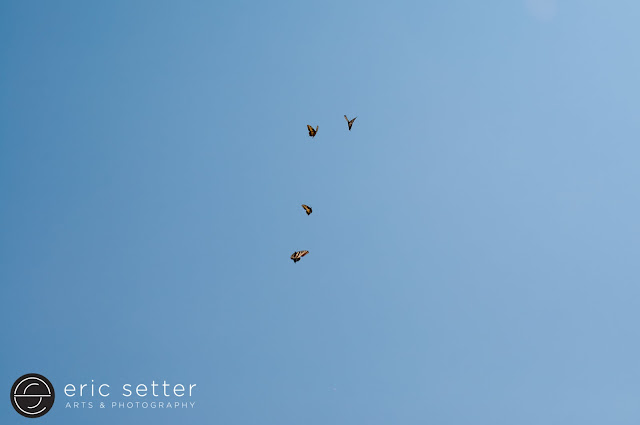 Over the past couple months I've been thinking a bit about my cancer experience. Although I'm getting very comfortable with my new normal, to the point I almost feel like my 5 fingered right hand is the odd one out, there are times that I'm reminded that my left is not complete. It's kind of a joke at this point, a fun party trick of sorts. With that said, I'm starting to pull back from that mentality to some extent and it's for two main reasons.

First, there is always the chance that my battle isn't completely over. The same sort of thing could pop up again but for all I know a whole other kind of cancer could strike. It should be unlikely but of course I've considered the possibility of relapse. It's not something I like to dwell on of course, it's nice that recovery from the amputation is pretty much done and I really wouldn't mind not having to go through that again, survivable as it may be.

The second reason for pulling back a little on the more lighthearted approach is that I'm reminded often of people that had to go through much more severe treatments, lost more function, or lost their lives. It seems like I got off easy and in many ways I have. It seems like sometimes it's good to celebrate and enjoy that and other times a somber gratefulness is the way to go. Ultimately I'm able to be lighthearted about the topic because I've got hope that my life on earth is just a mist and that whatever physical ailments that arise aren't the end of the story. I hope that my outlook ultimately reveals that I really do trust that God knows what He's doing and I'm going to roll with it whether it looks good or bad to anyone here. I don't really know anything other than that, as much as I try to learn or understand. I am clay and am in the process of being used for something whether I realize what it is or not.

Of course this doesn't mean I'm not still going to have fun with this whole thing but it needed to be said that it's not all fun and games and I realize that. The next checkup is coming up soon so hopefully I'll be able to report more good news in a few weeks!
Posted by Eric at 10:56 AM No comments: