Cancer free for another 3 months! 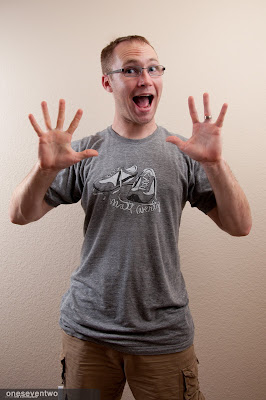 Hey all! So far it seems like the treatment of removing the finger entirely did the trick! The most recent battery of tests came back clear so needless to say, that's good news! My problem of saying things that should go without saying, however, continues. I suppose you can't win 'em all.

Anyhow, things are going well with the recuperation. Strength is still returning to the hand and it's not quite as much a struggle to hold things like drum sticks tightly and securely. I have, in returning to and diving more deeply into normal activities, had a bevy of new phantom sensations that make life interesting from time to time. The odd sensation of heat, itching, and sometimes some minor pain have made debuts to a lukewarm reception, much like 65% of movie releases these days. My personal favorite was the burning sensation that came up while holding a hot plate with a potholder. My hand was totally protected but somehow the phantom finger got the idea it may have been burned while gripping the plate. Go figure. I always did have a pretty good imagination though.

I got to speak to a guy who'd had his lower arm amputated after a car accident and he mentioned the phantom sensations don't really go away in his experience of 10-15 years. It's funny the new connections you can make just by missing a visible body part. In any case, it was good to talk to someone who was also pressing on despite that nasty little setback. 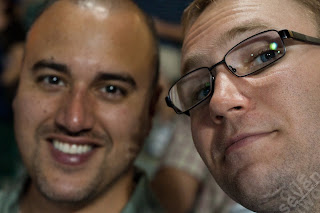 This blog was started to help chronicle my experience with having cancer but the cancer seems to be gone and I'm quite grateful for that. Now I'm finding myself on the sidelines as friends like my neighbor Roger battle it. He recently had his recurrent brain tumor removed and is doing remarkably well, now just trying to re-train his brain to get his foot moving again. We got to go to a Round Rock Express baseball game just a couple weeks after his surgery which was great fun if not slightly dangerous as we were sitting in foul ball range. No need to knock that noggin' any more. 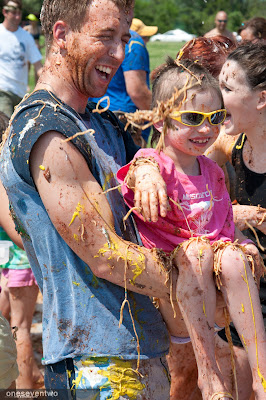 One other thing that happened recently (that is cancer related) is that I got to photograph an event for a young girl who's battling an aggressive brain cancer. I was invited by a friend who is with Young Professionals for the Cure who organized the whole thing. What was the event? A food fight. Yep, a food fight, and it was rockin'! You can check out her story and more at her website at http://www.madeleinesgift.org/

My coverage of the event can be found here.

So yeah, good times in the midst of some crazy stuff! It's great that people are fighting, supporting, and having fun in the midst of the trial that is cancer. I will say that in these listed experiences the positive has come out of groups & individuals that are focused on things beyond this life. Hope is something that you can't buy and thankfully it's been generously gifted to a lot of us.
Posted by Eric at 3:33 PM